We're Getting Mutants in the MCU - The Loop

This is a Club more than an organized group and it's not really canon. In the 1987 The Lost Boys and during the final climatic battle, Edgar Frog, Alan Frog, and Sam Emerson all grab hands throw up a hand sign and declare "Death to all Vampires - We're the Awesome Monster Bashers!" Over the years the fans have seized that moment as the forming of an unofficial club.

To become a member is it assumed one of the original three must invite you in and you of course have to fight and kill a vampire to prove your commitment to Death to All Vampires. 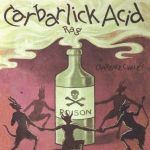